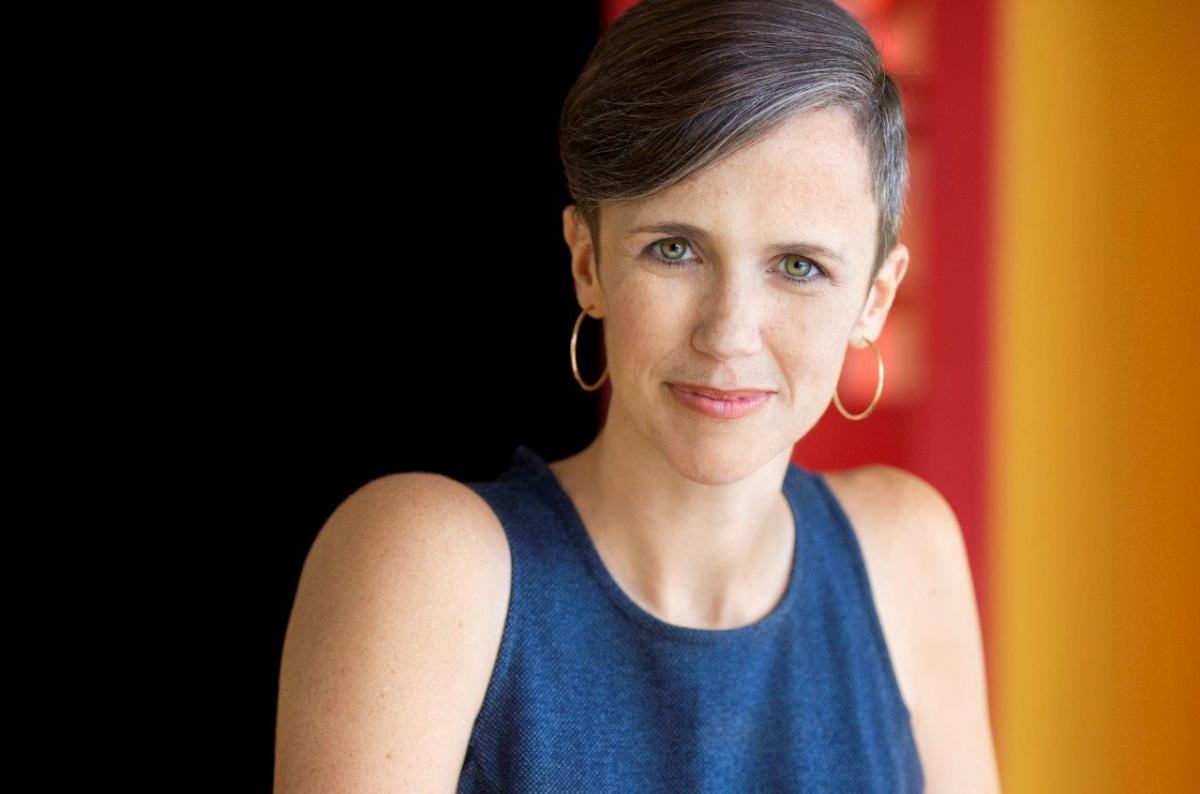 The Merrimack Repertory Theatre (MRT) Board of Trustees and Executive Director Bonnie J. Butkas recently announced that Courtney Sale, Artistic Director of Seattle Children’s Theatre, will become the Nancy L. Donahue Artistic Director here in March. She will be the first woman to serve as artistic director and the first to fill the position since it was named in honor of Founding Chair Nancy L. Donahue.

Board President William Wyman said, “We are elated with our selection of Courtney Sale. We were blessed with an abundance of outstanding candidates; however, Courtney stood out with her wide range of skills and accomplishments as a director, educator, administrator, and a longtime collaborator and developer of new plays, which is at the heart of MRT’s work. Courtney will bring a fresh vitality and charisma to MRT. ”

Butkas said, “Courtney Sale brings a deeply thoughtful and joyful approach to artistic leadership and connections to playwrights across the country. I feel fortunate to partner with an artistic director who will focus on artistry while building authentic community relationships. As a skilled administrator, Courtney understands the need for MRT to be a financially stable organization as well. The search committee was deeply committed to finding the right leader for MRT, and I am grateful for their work.”

Sale will start in Lowell on March 23. She is already selecting the plays for the MRT 2020-2021 Season. She replaces Sean Daniels, MRT’s artistic director for four years, who left last spring to helm the Arizona Theatre Company. Terry Berliner, who joined the theatre as interim artistic director in June, will continue through the spring and direct the April/May production of Erma Bombeck: At Wit’s End by Allison Engel and Margaret Engel.

Sale, who previously served as Associate Artistic Director at Indiana Repertory Theatre, said, “MRT is one of the most important organizations for new work in the country. I am overjoyed to join Executive Director Bonnie Butkas, the Board of Trustees, MRT staff, and our community partners to author the next remarkable chapter of this dynamic theatre’s story.”

Evan Schapiro, who chaired the Trustees’ search committee, said, “We are thrilled to have Courtney joining us to be the next Artistic Director of MRT. Courtney brings incredible experience, knowledge and enthusiasm to the job. We were so lucky to have some incredible candidates apply for the job, but Courtney really stood out among them all. She and Bonnie have already developed a great rapport and will make an incredible team. Together, I am confident they will lead MRT to even greater successes. And I am especially happy that for the first time in MRT’s 40 year history, Courtney will be our first woman Artistic Director, and we are one of the few professional theaters with women in both leadership positions. This is a very exciting time for MRT.”

Sale served the past three years as leader of the Seattle Children’s Theatre, which serves an audience of more than 150,000 a year with an annual budget of $6 million. Her directing credits at the children’s theatre include Black Beauty, The Miraculous Journey of Edward Tulane, and The Little Prince. Commissioned writers under her tenure include Idris Goodwin, Cheryl West, Allison Gregory, Karen Hartman, Trista Baldwin, Ramon Esquivel, and James Still. She has directed plays at theatres across the country, including Dorset Theatre Festival, Denver Center Theatre Company, and New Plays for Young Audiences at NYU/Provincetown Playhouse. Recent directing projects include Tiny Beautiful Things at Seattle Rep, the world premiere of Steven Dietz’s The Ghost of Splinter Cove at Children’s Theatre of Charlotte, and Ellen Fairey’s Support Group for Men at Contemporary American Theatre Festival.

Sale holds a BFA from Cornish College of the Arts and a MFA from the University of Texas at Austin. She is a member of the National Theatre Conference and the theatrical union, the Stage Directors and Choreographers Society.